Pepsi contract comes to a close; Coca-Cola a possibility 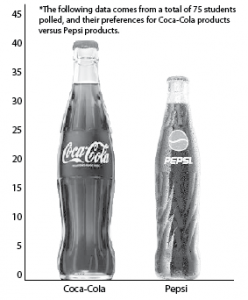 Cross your fingers, Coca-Cola fans: the university’s contract with Pepsi is coming to an end.

“The university controls pouring rights to the campus, and we’ve gone with Pepsi for awhile,” said Vice President for Business Affairs Gary Anna. “After we work through the dining services contract at the end of this year, we will turn our focus to the pouring [and vending] rights.”

Anna said a final decision may not be made until the middle of next school year.

“We are going to look at the full array of our options and get feedback,” he said. “Soda consumption has declined, so you also look to health drinks and juices that go along with the brand.”

Shifting to another brand would make certain products unavailable, however.

“If you’re a Mountain Dew fan, you want to drink Mountain Dew, not an off-brand. And Mountain Dew is Pepsi,” he said. “Most people have a preference to a product or an array of products, and you’d prefer not to lose that.”

Anna said Bradley has been a predominantly Pepsi campus.

“Probably for the better part of ten years we have vended Pepsi,” he said. “At one time we sold both Pepsi and Coca-Cola products, but we sold them both out of Pepsi machines.”

Another point to consider, Anna said, is a shift toward convenience stores.

“We beef up convenience store availability, and vending becomes less of a puzzle piece on campus,” he said.

The final decision will include input from a variety of sources, including students, administration and the dining services.

“Our bottom line is always student interest, but we also want the decision to be cost-effective,” Anna said.

Student opinions showed that the rivalry between the product lines is strong.

“I’d pick Coke,” said junior German major Avrien Anderson. “You can only get Pepsi on this campus and it’s so frustrating. I don’t drink Pepsi because it has a weird after-taste.”

“I like the taste of Coke better and Coke has Sprite, which is a lot better than Sierra Mist,” she said.

“I’m not much of a Coke guy anyway, and [the Pepsi product] Brisk is the best,” Giron said.

“[Pepsi] tastes better because it’s sweeter than Coke,” she said. “I also think Pepsi is young. Coke is classic, but Pepsi is modern.”