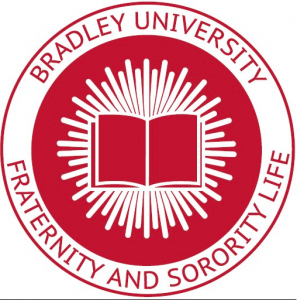 Many organizations in the Panhellenic and Interfraternity councils celebrated the conclusion of recruitment on Sunday. However, low enrollment and different recruiting styles caused mixed results for both communities.

This year, 386 women signed up for formal recruitment; just a few more than the 380 who participated in recruitment last fall. This past weekend 233 women accepted bids.

“The quota for each sorority was 34 women, and six of the seven houses met it,” said Associate Director of Fraternity & Sorority Life Jesse Koch. “We had a small candidate pool [of freshmen and sophomores]. Despite that, we saw a small growth, which is better than a decrease.”

“It was a big transition [for informal recruitment],” Koch said. “Some chapters are doing very well with it and others are still adjusting. It’s more of a chapter-by-chapter question.”

Maya Lev, Panhellenic Director of Panhellenic Recruitment, said recruitment counselors played a large part in encouraging women to accept bids. Women were assigned counselors the day they signed up for recruitment, starting during summer orientation sessions, which was a change for this year.

Sara Falkin was a recruitment counselor this year. She said she saw a new side of the recruitment process.

“It was really nice when I got a text from one my girls telling me how helpful I was to the whole group and how she really appreciated having me there to guide her,” Falkin said.

Recruitment counselor Toby Sanders said the process was great for meeting other counselors, too.

“It was fun getting to know the other recruitment counselors,” she said. “Sometimes all we know each other by what letters we wear on our shirts.”

Although Panhellenic council had a successful recruitment, Koch said a new sorority won’t be in Bradley’s future anytime soon.

“There’s nothing to justify a new sorority because we aren’t bursting at the seams in our houses right now,” he said. “We still have room for about 40 more women to join.”