University President Joanne Glasser’s base salary remained the same between the 2008 and 2009 tax report years.

The most recent data available, Form 990, was released in December and collected figures for the Internal Revenue Service between June 1, 2009, and May 31, 2010.

The president’s base pay, however, remained steady.

Part of the benefits the pres- ident receives, as listed on the form, are a personal residence, personal services and club dues. Covering those expenses is com- monly included at other universities.

“This review is performed on at least an annual basis,” Chairman of the University Board of Trustees Michel McCord said. “It is a most important responsibility of the Board and one that we take very seriously.” 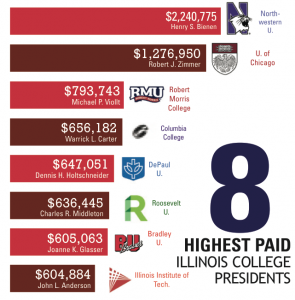 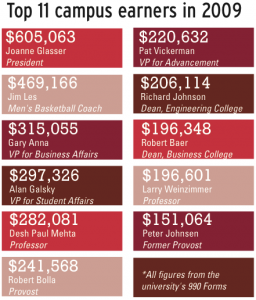