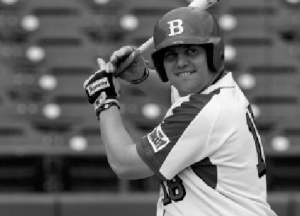 A year ago, Bradley baseball players received a text message at 7 a.m. to meet for a team meeting. Most of them can remember their disbelief when their coaches explained teammate Phil Kaiser had passed away.

“We had no idea what was going on, but just the look on  people’s faces when we got there is what really hit me,” junior pitcher Andy Johnson said. “When [the coaches] announced it, the silence said it all. Nobody knew what to say.”

“It’s something that really, really hits home,” Bradley baseball coach Elvis Dominguez said. “I keep stressing to our [players] never to take anything for granted, and never put things of importance behind anything material.”

Although a talented baseball player, Kaiser is remembered for his outgoing and energetic personality that reached much further than the baseball diamond.

“The quality that Phil had was the fact he always made people feel good after speaking, meeting, or spending time with him,” Dominguez said. “It was never about him, it was always about involving or engaging others and making them feel their best.”

Kaiser was a two-way player at Bradley, playing in the infield and as a relief pitcher.

“He really was like a mentor to me, and just helped me through my second year,” junior outfielder David Compitello said. “Just one of those guys that got along with everybody. He was really close to everybody, and made everyone feel good about themselves.”

Kaiser originally committed to Western Kentucky before switching to Bradley when Dominguez accepted the head coaching position in 2008.

“He would come in and trust me with anything other than what was going on in baseball,” Dominguez said. “He spoke to me, and looked at me as a father figure in a sense, and he’d always be sharing stuff that he probably wouldn’t share with a lot of other people. That’s something I will always remember.”

The baseball team received an outpour of support from other squads in the athletic department and all around campus.

“[Other Bradley teams] have been tremendous and it speaks volumes for what kind of culture we have here, and not just the athletic department but throughout the university,” Dominguez said.

A year later, Johnson makes sure not to take a single day for granted.

“Now, I make sure to call my parents once a week, my grandma once a week, stay in touch with friends, because you just never know when life is going to change,” he said.

Compitello’s outlook on life has changed in the last year.

“It makes you open your eyes a little bit, and realize you only have four to five years here and you need to take advantage,” he said. “These guys [teammates] are going be your best friends and the fact that this happened, it showed we may need to hangout more often, more than just practice or lifting.”

Dominguez has coached collegiate baseball for 26 years, and says he reminds his team now more than ever to never take anything for granted, and to have an appreciation for all of your friends, family and teammates.

“Phil was so visible, energetic and upbeat that he had an affect on more than baseball,” he said.  “That’s just the way he was.”