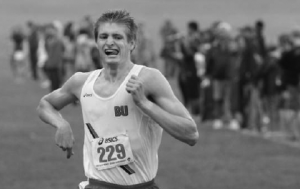 While most colleges are worrying about which sports to cut, Bradley decided to reinstate its men’s outdoor track and field team for the 2012 season.

The same program that produced a silver medalist in the broad jump at the 1932 Summer Olympics is competing for the first time since 1992.

“It’s real special to be able to bring the traditions back to the Hilltop,” sophomore Nathan Davis said. “It’s a good chance for us to improve in both in the distance events and cross country in the fall.”

Bradley will only participate in distance events with cross country runners and have no immediate plans on adding more athletes specifically for track.

“I wouldn’t say never, but that’s not something that is on the radar screen currently,” Athletic Director Michael Cross said. “One of the biggest factors is that we don’t have a facility to run. We would have facility costs and unless we had a full out commitment we’re just not going to be able to do it. In my opinion, it’s better to focus on things that you can do well, as opposed to doing things just to fill out roster spots.”

“Our mentality will change very quickly,” he said. “Do we expect to win a title next year on the men’s side? That’s probably unrealistic but in a couple of years’ time, that’s something that’s going to be our goal.”

The men’s team has already competed in two meets this season: the Vanderbilt Black and Gold Invite and the Eastern Illinois Big Blue Classic.

“It will dramatically help us improve because in past years we haven’t been able to train as much as we wanted to because we can only do as much as the NCAA allows us to do,” Davis said. “Now with track, we can race as much as we want during the spring and train and hopefully get better in the fall.”

Burns said Bradley University president Joanne Glasser and Craig Dahlquist, the 1992 track and field coach, were instrumental in bringing men’s track and field back to Bradley. He also believes adding track will bring in more high-profile recruits, and help them develop quicker.

“Obviously we’re doing something right if the university feels strong enough if they are going to support us in this way,” Burns said. “I feel a great sense of responsibility even more so now, it is our mission now to win a MVC cross country title.”

The Braves will run in the Lee Calhoun Memorial at 1 p.m. Saturday in Malcomb.

“The guys are excited about it,” Burns said. “And we’re going to do everything we can to carry the torch the university has given us.”