Double Take: The changes on campus you may have missed

Although some of the larger changes on campus, such as Bradley’s new student center dining area and Westlake Hall, directly affect the everyday life of the average Bradley student, several construction projects that took place over the summer often go unnoticed. Each summer, continuous improvements are made on campus, changing residential living. 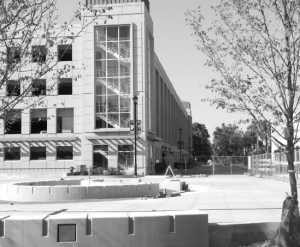 In addition to improvements made in residential halls, the other side of campus is undergoing some changes as well. In early October, two cul-de-sacs, closing the road that previously ran behind the Markin Center and the Hayden-Clark Alumni Center, will officially be complete.

These cul-de-sacs have been created to provide access to campus without disturbing the campus feel.

“The two additional cul-de-sacs are part of the campus plan and will serve to allow accessibility to the campus, while also preserving the nature and feel of the new alumni quad,” said Vice President of Business Affairs Gary Anna. “Furthermore, the cul-de-sacs will specifically allow access and egress from the Main Street Deck, Renaissance Coliseum from the north, via A.J. Robertson Court and the Markin Center from the south cul-de-sac, Clarrisa Court.”

“Given their locations, we don’t believe the construction will have major interference with classes or campus activities–however we will be happy when they are finished,” Anna said. “The cul-de-sac at the terminating end of A.J. Robertson Court is where the statue of A.J. Robertson will be placed.  That dedication will be part of the Homecoming Weekend activities in October.”

New girls on the block: Pi Beta Phi moves in 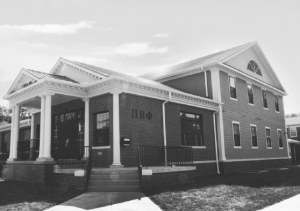 After breaking ground last October, members unpacked and moved into the new chapter house on the corner of Fredonia Avenue and Institute Place in August.

“It has been a blessing to have the opportunity to live in both the old and new Pi Beta Phi houses,” said Julia Morris, the Vice President  of Finance for the chapter. “The old one had so many memories and so much history. But it was also very old. My experience living in the new house has been luxurious. I have a single and I love living on this side of campus. I am closer to all of my friends who live on Fredonia and the new house has so many amenities that the old one didn’t provide. The new house has been a great addition to our chapter.”

Pi Phi’s former location across campus on the corner of Main Street and Institute Place lacked air conditioning and an internal sprinkler system.

The new chapter house now complies with fire codes and provides 15,000 square feet of living space for more than 30 members. In addition to a formal sitting room, an industrial kitchen and study room, the chapter house offers three single rooms and 15 double rooms for its members, as well as an apartment for the housing director. 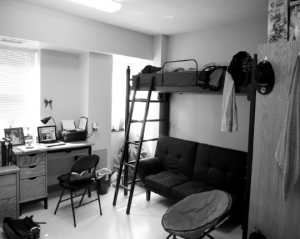 Over the summer, the two-year Heitz Hall project finally came to an end providing all residents of Heitz with larger rooms and air conditioning for the first time.

“Only the exterior structure stood, as the construction team knocked down all the interior walls,” said Thomas. “Every room has been remodeled and the building is completely air conditioned.”

The only part of construction that has not been completed is a brand new stairwell on the south side of the building. This stairwell will be in addition to the previously existing stairwells located in the interior of the building.

Thomas said because of the extent of construction to the building, the university was required to be in compliant with recent fire codes, therefore having to install an emergency exit stairwell on the exterior of the building along with an operating elevator.

Heitz Hall is currently housing sophomore students, as opposed to primarily freshmen in years past. Thomas said the renovation has changed living arrangements on campus, moving freshmen out of Heitz and dispersed in the other buildings on campus.

“The completion of Heitz changed the flow of where students live,” he said. “After housing assignments last spring the building was full, and there were more requests for Heitz than could be filled. This is the first time that has ever happened.”

In addition to the remodeling living spaces in Heitz, Thomas said they are also looking into expanding common areas in the residence hall, by utilizing space that once was used as the multimedia room.

“I am working with two students to see if we can redo that space and open it up as a common area,” he said. 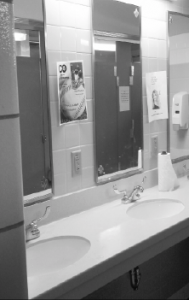 Floors seven to 10 received more than a facelift over the summer.

“Everything in those bathrooms was completely ripped out,” Thomas said. “Every tile, every fixture and stalls were reconfigured. Not only did we have to change toilets, but redo internal plumbing.”

The rest of the resident bathrooms will be completed next summer.

In addition to the bathrooms, the main lobby also received small changes, including the renovation of the men and women’s bathrooms and the hall director suite. Larger and more noticeable improvements will take place next summer.

A new place to relax 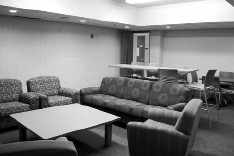 Along with other dining areas on campus, Williams’ Center Court has been remodeled, giving it a more modern look.

In addition, floor lounges were remodeled over the summer.

“Williams Hall, compared to Heitz and Geisert, was a much smaller project,” said Nathan Thomas, Executive Director of Residential Life and Leadership. “The built-in furniture in the lounge was ripped out during last school year and the new furniture was added to the lobby over the summer.”