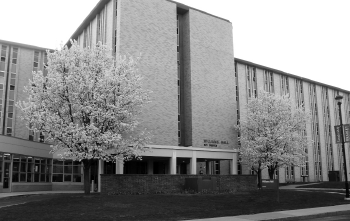 Results from the student housing survey have been compiled, and according to administrators involved with the survey, plans will be drawn up by a consultant company by the end of April.

“We had focus groups with about 35 students who participated in it,” Executive Director for Residential Living Nathan Thomas said. “Then we had the big survey, where we had 2,200 responses. That’s nearly 40 percent of the student body, which was incredible.”

Thomas said there are dorm updates that will continue throughout the semester, and they are independent of the survey.

“Any housing updates right now are also reflected in the survey, like more lounge space in Williams [Hall],” he said. “These are things that ranked high in what students would like to see.”

Vice President for Business Affairs Gary Anna said the survey was an almost ideal reflection of all students.

“We had a great survey. It was proportionally well-matched to the student body,” he said. “It was almost magically credible in terms of population.”

Due to small freshman and senior classes, Anna said the university has to be cost-conscious.

“We are balancing this with some challenge,” he said. “With less of a population, you can’t always cost-cut effectively. Closing Elmwood this year was a no-brainer, but there are other more gray decision areas.”

One of those challenges, Anna said, is estimating what future students will look for in campus housing.

“You’ve got to be a little careful because these are the opinions of students who chose to be here, not students who decided against going to Bradley,” he said. “You don’t want to lose a student who wants to come here for academics, but the food or housing levels weren’t quite up to par.”

“After some time considering this, we do know this: students want the best value they can get, they want to live as close to campus as possible and Main Street Commons is the lowest of the group because of how far away it is,” he said.

There has been discussion of putting up housing on the corner of Bradley Avenue and Duryea Avenue, but that poses additional concerns, Anna said.

“You have to think about what new housing would do to the existing culture,” he said. “If we built new housing, what would it do to the greek system? A lot of them move out of the dorms and into the greek houses their sophomore year. You have to be careful how you look at the total system without damaging the other parts.”

While considering the consultants’ ideas, Anna said it will be important to match quality with value.

“We don’t want a situation where we’re paying too much for room and board,” he said. “There’s a balance there that’s important in the total package.”