RUMORED: Three Spider-Mans in One? 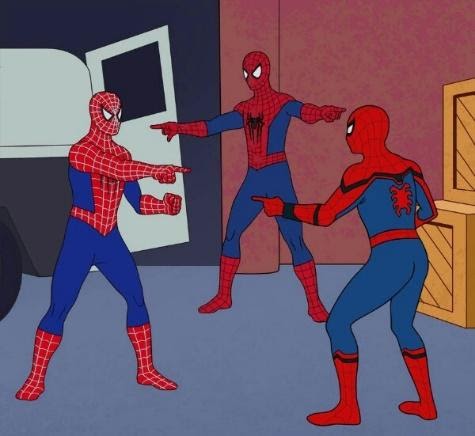 Last week, a huge rumor started circulating within the movie industry claimed there is going to be a return of a superhero with extreme spider-senses—or maybe even the return of three.

The upcoming third film in Tom Holland’s Spider-Man series, officially untitled but commonly referred to as “Spider-Man 3,” is set to be released in December of next year. However, there might be a possibility that the film’s publishing studio, Sony Pictures Entertainment, will include all three Peter Parker actors from previous Spider-Man movies.

As a result, Tom Holland was then cast as the third Spider-Man, but within the Marvel Cinematic Universe this time. His character appeared in some of the franchise’s biggest blockbusters, such as “Captain America: Civil War,” “Avengers: Infinity War” and “Avengers: Endgame,” as well as striking out on a solo series, consisting of “Spider-Man: Homecoming” and “Spider-Man: Far From Home.” Holland is now ready to lead again in the untitled sequel once production is completed.

What fans should really look forward to with this new superhero film is an additional rumored return of past villains within the Spider-Man franchise. In fact, it is rumored that Jamie Foxx will be making a comeback as Electro from “The Amazing Spider-Man 2.” One entertainment source even reported that all three Peter Parkers will join together to beat previous foes from throughout the years.

Unfortunately, there is a reason why these theories are simply called rumors. A representative of Sony Pictures Entertainment said that “those rumored castings are not confirmed.”

While there may not be a definite answer to these speculating rumors, please take Maguire and Garfield’s involvement with a grain of salt. All Spider-Man fans hope that these rumors will soon become true, and we will be able to see our favorite heroes fight together for the first time in one epic battle.